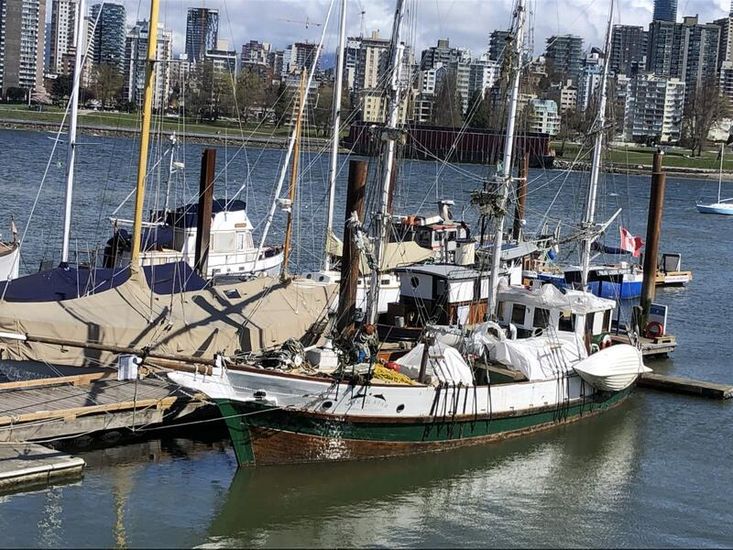 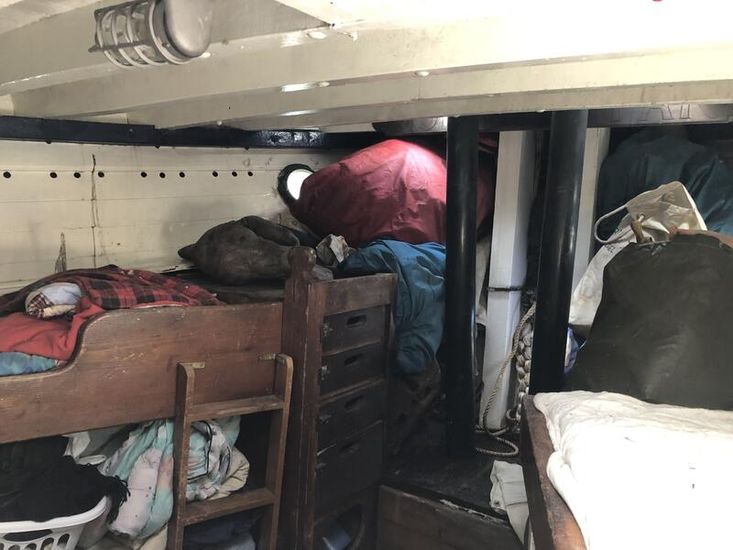 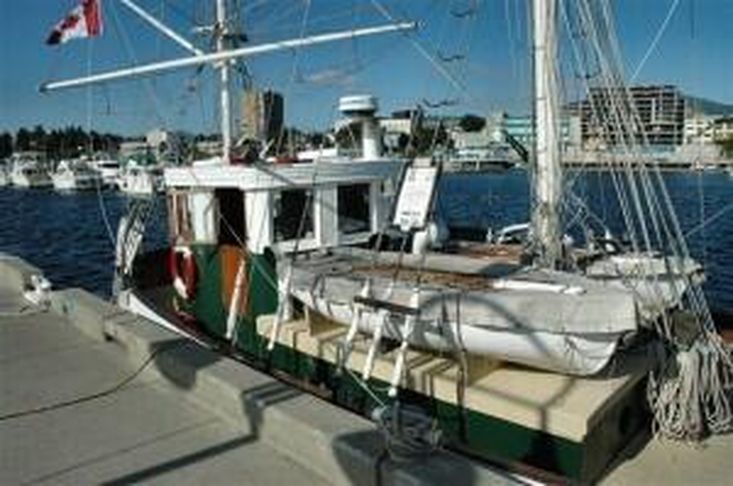 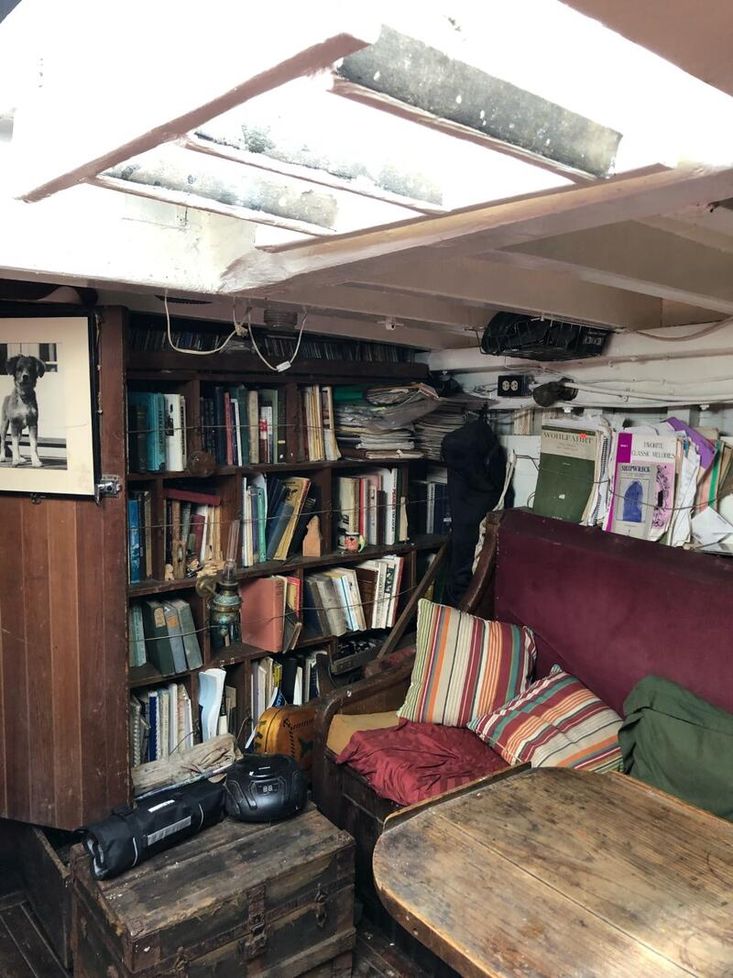 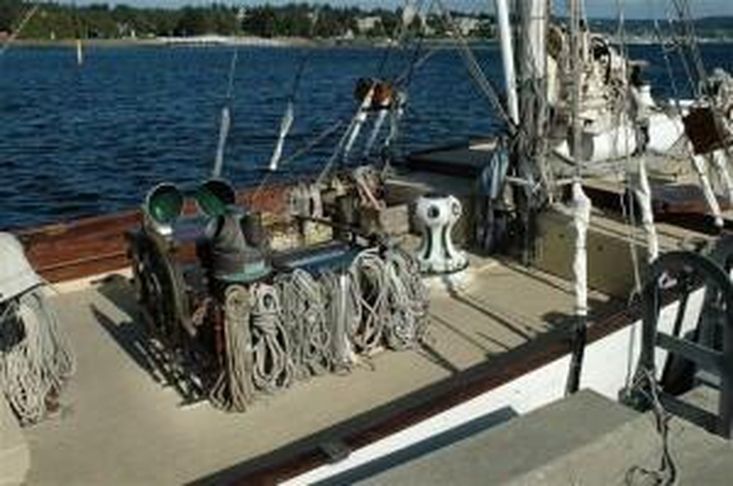 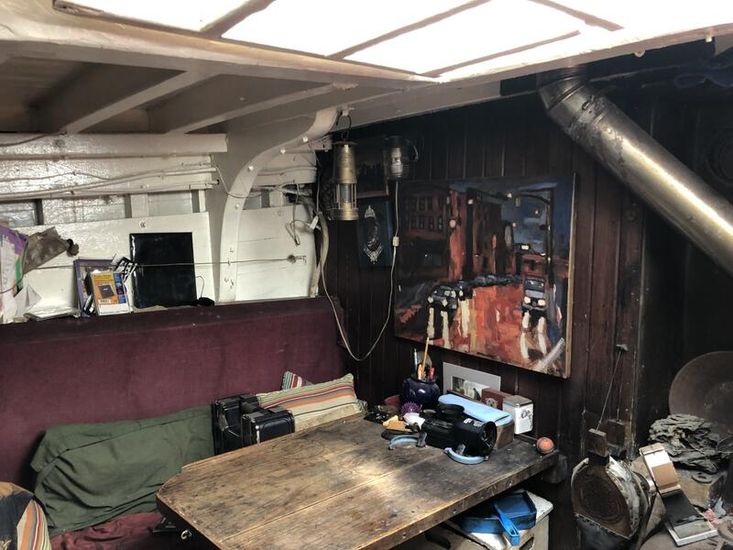 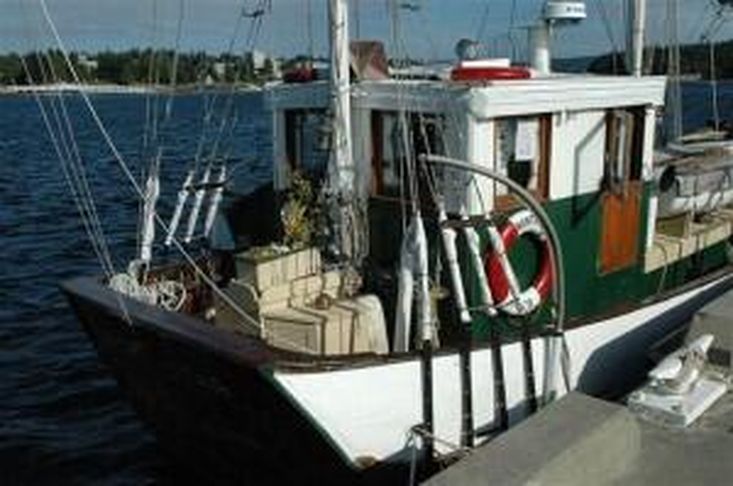 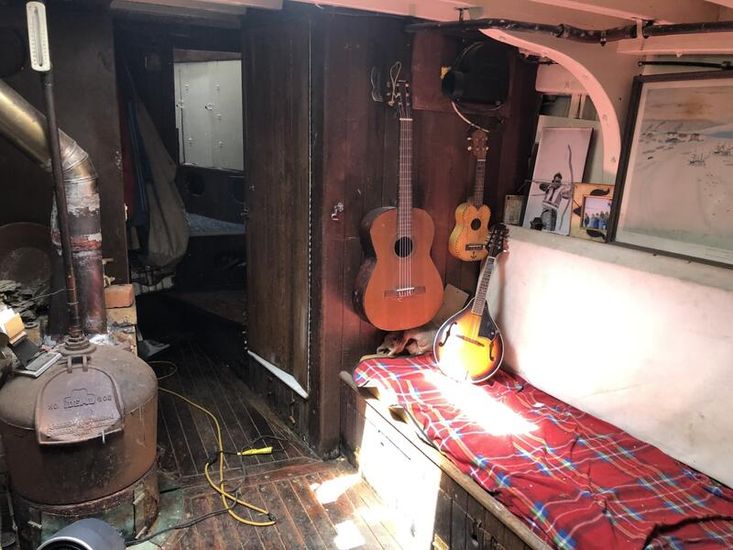 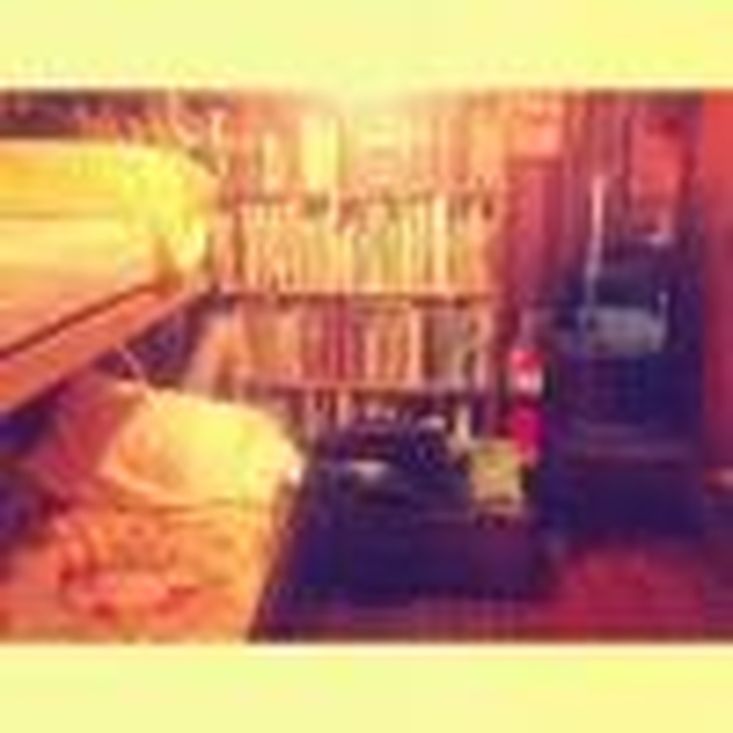 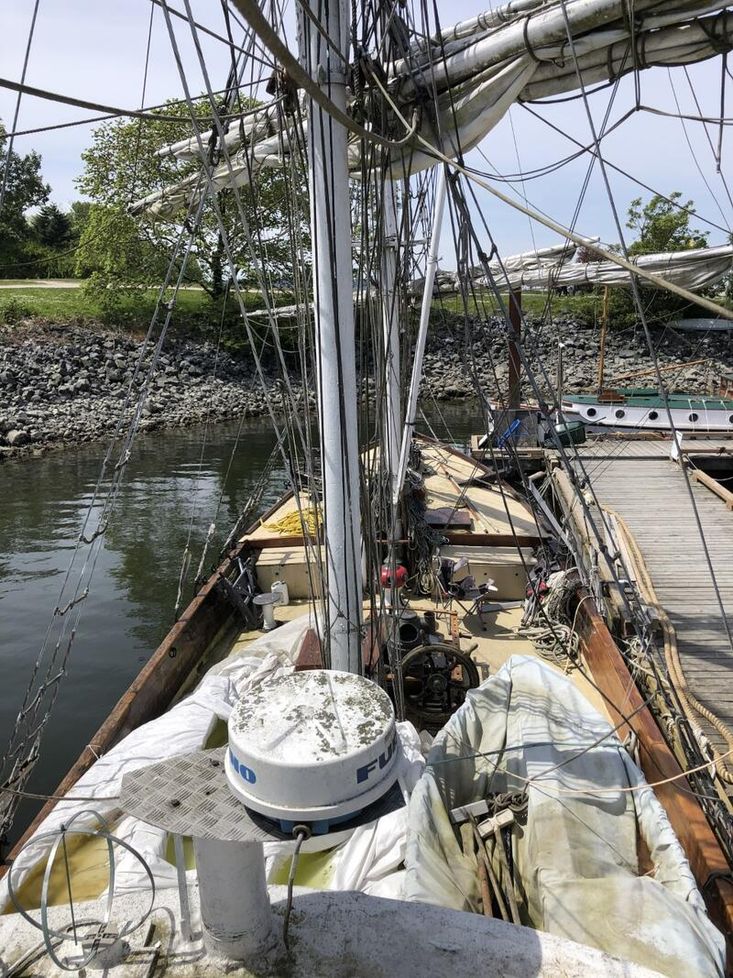 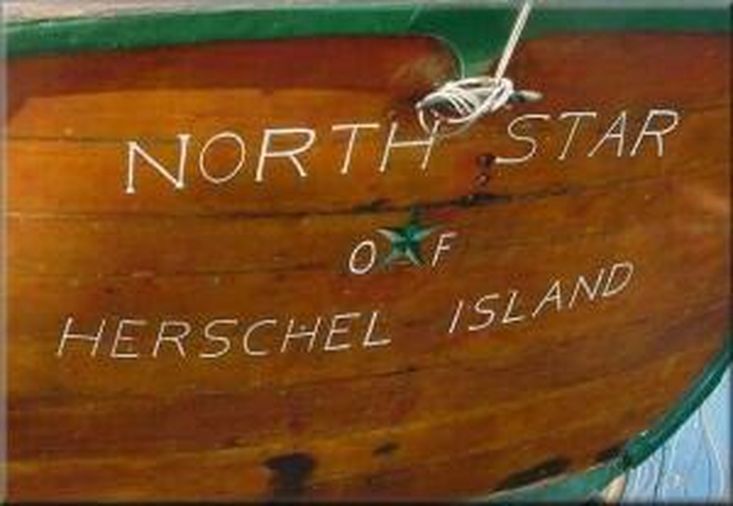 North Star of Herschel Island was built in 1935 for two Inuit trappers in the Canadian Arctic. She is 78' LOA and 58' LOD and carries 3 masts with four yards crossed on each with new sails bent on last year as well as 9 fore'n'aft sails. She is double hulled with 3 1/2" 1/4 sawn edge grain fir on 3 x 3 oak frames on 12" centres on the inner hull and a second hull of ironbark from the waterline down for ice sheathing. She is copper clad below the waterline. Originally she was rigged as a gaff sloop but was re-rigged in the early '80's as a full-rigged ship for trade wind sailing. She has only had three owners in her life. She is a sturdy little ship that has been used for sail cargo, sail-training, exploration, environmental work, protecting Canadian Arctic sovereignty, tall ships gatherings and many other adventures. My wife and I raised four children aboard and logged thousands of miles in her over 18 seasons.
The fo'c'sle has two chain bins of 300' that support the on deck 250 lb AP, 150 lb AP, 75 lb Fisherman anchors. There are three bunks in the fo'c'sle with lockers. Abaft there is a private cabin to port with large bunk that can be converted to a bathtub. To starboard of this is a shower cabin (sit down style.) The main salon lies abaft this and was once (and could be again) the cargo hold. The backs of the settee's each side fold up to provide single over double bunks. A dining table hinges from the forward bulkhead. A solid fuel fireplace sits forward and is connected to a copper waterjacket that goes around most of the ship and heats many of the bunks. Library shelves are on the after bulkhead. A ladder (that can be swung to the deckhead leads up through main hatch. Abaft this is the captain's cabin to port with an office area and large chart table to starboard. The 2 160 gallon fuel tanks are below the deck. Abaft this on port side is the head and then a walk-in engine room that houses the GM-353 and a handcrank Pettit generator. A workbench is mounted to port. On the starboard side is the galley with a Dickenson diesel stove, shelves, pantry, fridge etc. A ladder leads to the deckhouse. The helm is connected to Edson worm-gear steering. A large chart table is mounted atop a smaller table and can be bolted to the deckhead. A hatch from deckhouse leads to a large lazarette currently used for storage of extra cordage, sails, blocks etc.
A 16' Whitehall Spirit rowing dinghy hangs in davits and can be shifted to either side. A Davison 12 foot dinghy is mounted on deck forward of deckhouse. A 2 speed working capstan is mounted forward of the main hatch and can be used for loading cargo, dinghies, anchoring, and careening. On the foredeck is an electric anchor winch and a 2 speed hand crank anchor winch. Numerous other equipment and gear aboard.

Foc'sle has three bunks. A private cabin abaft this and main salon has single over double bunk beds. Captain's cabin has a double bunk.

Salon with bunks set up

2 VHF radios, Radar, RDF, Two steering compasses - one in deckhouse and one on main deck.


Boats for sale
by continent

Boats for sale
by country